A Vauxhall Astra came into our workshop with the exhaust emission malfunction indicator on. The vehicle was driving with no problems experienced, however the owner wanted to get the problem fixed as it put doubt into their mind as to whether the car was reliable. This is very wise!

That only left one thing…… the ventilation system of the fuel tank!

The fuel vapour that accumulates in the fuel tank is fed into the engine and thus burned up. A test of the valve which controls the flow of the vapour revealed that the valve was stuck in the ‘open’ position. This had lead to the storage tank being left empty and meant that un-metered air was entering the engine and causing the lean air/fuel mixture fault.

A replacement valve was ordered, installed and then the system was checked for correct operation. Everything was now correct and the problem fixed! 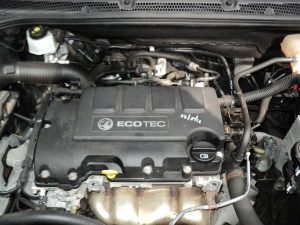